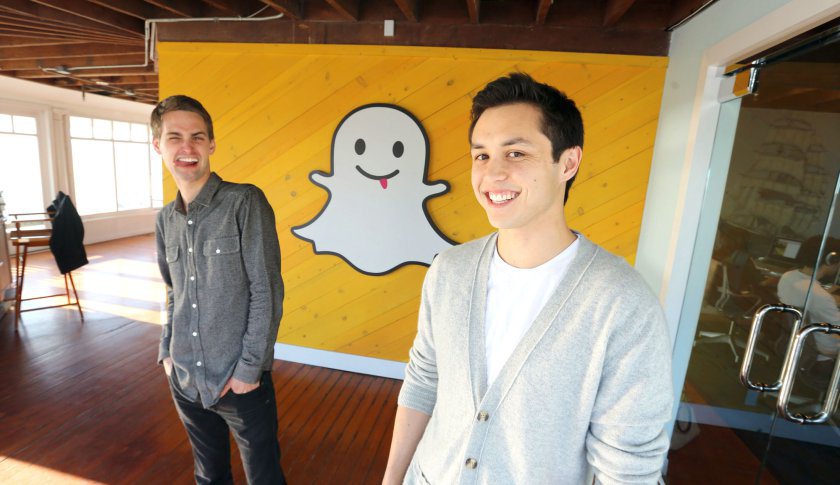 Approaching five years since its release, photo and video messaging application SnapChat has come a long way since the early days when the idea of non permanent images was balked at.

Founded by Evan Spiegel and Bobby Murphy while studying at Stanford University, the application started as a project for one of Evan Spiegel’s classes and was originally called Picaboo.

Fast forward to 2016 and the later renamed Snapchat boasts seven billion video views a day and a company valuation of $10-$20 billion!

Upon its initial release the idea of non permanent photos was balked at, but the two students had a vision to create something unlike any social media we had seen before.

In the company’s first blog post, they stated their mission “Snapchat isn’t about capturing the traditional Kodak moment. It’s about communicating with the full range of human emotion, not just what appears to be pretty or perfect….”

This vision of real-time, on-the-spot photo sharing is the forward thinking reason that, once it caught on, Snapchat became America’s fastest growing app and one of the world’s most popular social media applications.

From the everyday sharing photos of holidays and nights out with friends, to allowing an insight into the life of your favourite celebrities, Snapchat went from the classroom to world wide in less than five years.

It was only a matter of time before businesses decided to pick up on this new phenomenon and utilise it to connect to the audiences and offer a different more authentic view into their world.

The NBA decided to use Snapchat to give their fans the ability to watch videos from L.A Clipper Star Chris Paul and close up snaps of the slam dunk contest. During the 2014 finals the NBA posted video clips backstage with the Boston Celtics.

At a Valentino fashion week in Paris, actors Ben Stiller and Owen Wilson took it a step further and reprised their Zoolander roles backstage and sent out a Snapchat to their followers. Brands Rebecca Minkoff and Michael Kors used Snapchat to debut their collections to the followers before they hit the runway.

There are plenty of other businesses uses for Snapchat, but these two examples capture exactly what the creators had in mind, offering a different perspective on the way we interact with each other over social media platforms and phones, from personal relationships to brands and businesses.

It’s clear that Snapchat continues to revolutionise the way we interact even as a business.

In October 2014 the first advert was sent out through Snapchat. It was a movie trailer for new horror film Ouija that lasted 20 seconds and was sent directly the peoples phones. There is no telling what the future holds for the development of this now giant company that started with a classroom project.